So one day in the summer time I was thrown into my carry cage and taken out to the car. I fort I was going to the V-E-T again, but nope, I got taken into the big town for a day running around a different house.

Mummy tricked Daddy AND me into going to the foto studio. Mummy's idea was to have family piktures. My idea woz to run around as fast as possible misbehaving. I even got toys to play wiv and treats to eat!

I played at the top of the stairs...under the sofa...in the window...in the shop bit...in the office bit...but I DIDN'T play in front of the camera!

After a lot of chasing (I won) Mummy decided she was exhausted and Daddy said somefing 'bout needing a holly-day and that the day had gone as well as could be expected, I decided to sit still for exactly twelve-ty nine seconds and got mine posh foto taken. 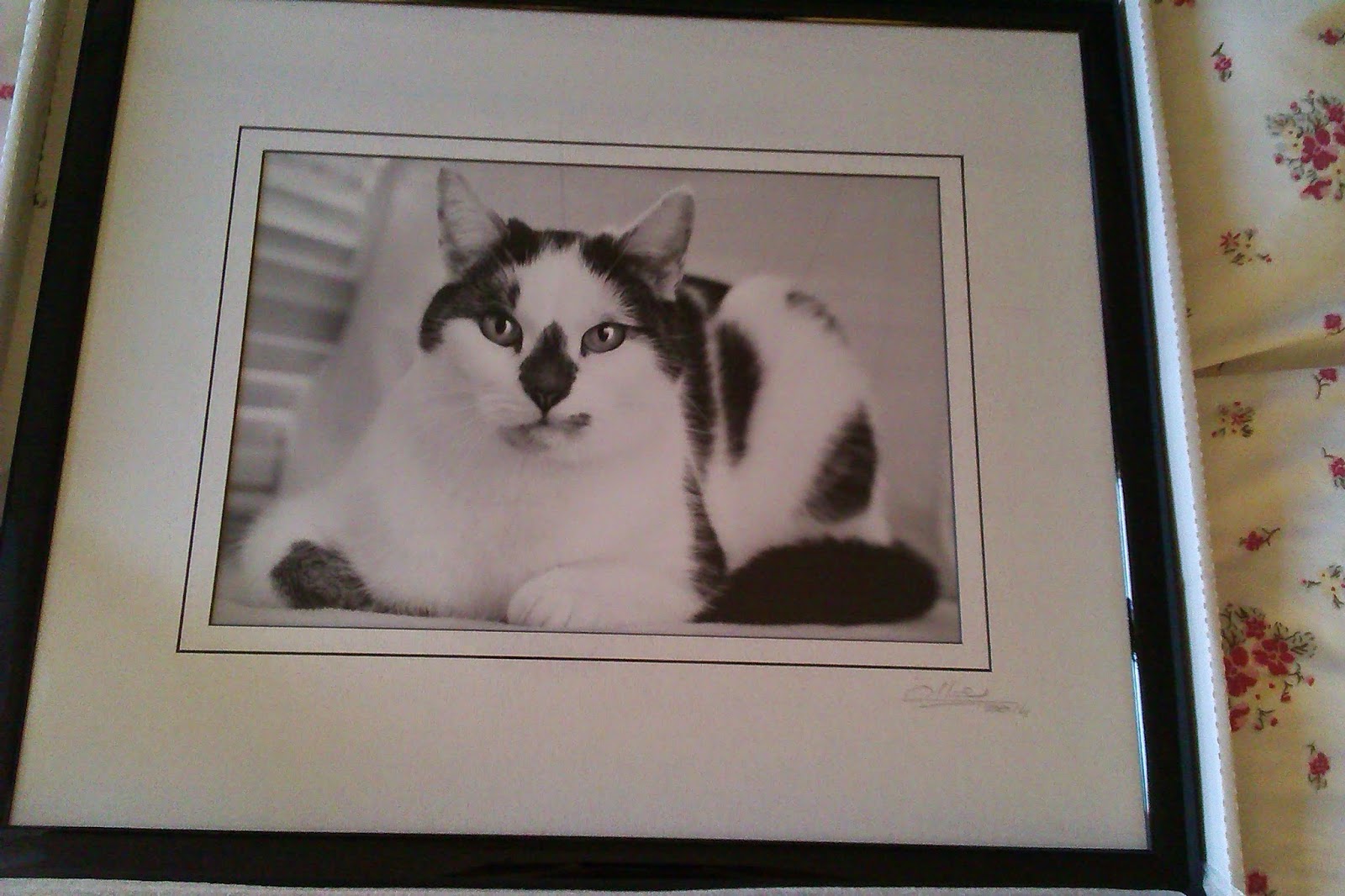 Winston
Hi, my name is Winston and I'm from Drogheda in Ireland. My cat parents are wild cats that live in a small forest, I was abandoned by my cat mother in a garden when she moved the rest of my brothers and sisters to live futher down the street. I cried for days and days until my voice hurt, then two big wierd creatures coaxed me into a big warm house with sardines...they were kind to me and fed me lots so I decided to adopt them as my new mummy and daddy. We all lived happily for a few years, then my da got a job in England. We had to get on a scary noisy thing called a ferry, I don't know what it is, but I don't like it. When we got off mummy said we were in England and we had to drive to our new house. I hate the car so I did a few poops on the back seat. I was very happy to get out and see lots of green gardens for me to play in, and I now I rule the kingdom from my office under the fir tree.